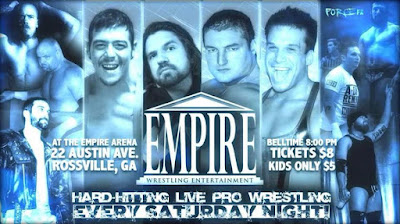 This Saturday, September 19th, the first round of the CHASING THE GRAIL Tournament will begin. Empire Commissioner Andrew Alexander announced this past Saturday that he would, once again, hold the tournament to crown a new #1 contender. The winner will receive their championship match at CHASING THE GRAIL, Empire's fall mega-event.