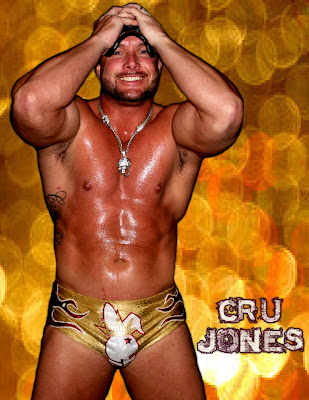 Wrestling Training. If you want to get trained to wrestle, it actually helps to actually show up to the training sessions. It’s like my old buddy Jack Burton use to say "When some wild eyed eight foot tall maniac grabs your neck, taps the back of your favorite head up against the barroom wall, and he looks ya crooked in the eye and he asks you if you've paid your dues...Well you just stare that big sucker right back in the eye and you remember what old Jack Burton always says at a time like that. Have you paid your dues, Jack? Yes, Sir, the check is in the mail."

The problem with wrestling, well, correction, one of the many problems is no one wants to pay their dues. Everyone wants it handed to them. I read an article where this Amazon started training with the Funks. She has a good look. The thing is she thought she would just come in and be a screen writer and do storylines and maybe commentary. The thing is she had no wrestling background. She was an actress and model, but guess what, that means jack shit in wrestling storylines if you do not understand the psychology within wrestling. The Funks made her learn to bump and work a match before any of the storyline/commentary things. That is exactly what should have happened. She ended up catching on and became a wrestler. I hear a lot of bad things about the Funks (Dory & Marty), I have no clue if they are true. I met them before and they were professional to me. Then again Big Bank Barfield was trained by them and we all know how that turned out, for those that know him, “I can razzle, ma’an”!

Back to paying ya dues…..lord help us all if a trainee has to break a ring down or put one up. I am not picking on anyone in particular, but I do observe people at shows. I know if you are or were training with me, then I would put you on blast for it and expose you on the spot.

If someone asks you if you are ready to train then you better respond like my ol’ buddy Jack Burton and say “I was born ready”. To many times do people show up at shows ready, but show up for training, ah, not so much. That same person’s sister is probably the #2 prostitute in all of Kazakhstan. “She make ah good Boom Boom”.

Wrestling training fact: “if the ring is already set up, they will come!” I love how Kid Kayfabe, let’s say, a 1 month trainee shows up to the show acting like good ol’ Jack Burton with an “Everybody relax, I'm here” attitude. Yo genius, your 2 hours late. You guessed it, it took about 2 hours to set the ring up. He can add! What tops that is when a rookie has their first match and gets upset because a internet reporter does not know who they are, I guess the reporter did not get the memo on the greatness that was scheduled to debut, It’s kind of like Jack Burton once said before a fight, “Well, ol' Jack Burton always says...(main henchman) Who? (jack) Jack Burton................ Me!!! , but that is another Cru’s View for the future. Oh, while it is fresh on my mind, here is another future Cru’s View, if you portray a “Bad Ass” in the ring, it does not make you a legit “Bad Ass”. Do not forget where your gimmick ends and reality begins.

I am not into training people to make money. Training does not pay my mortgage. Unfortunately that is not the case in other places. I will do a try out for a small fee. I want to see if they have the heart to make it through a simple, yet basic workout and drill. I want them to get a taste of what it will be like. 90% quit or never come back. I don’t think I am being a dick. Being a dick would be asking for thousands of dollars up front and having a kid sign a “Devil went down to Georgia” contract, and then haze them until they quit. The funny thing is, out of all the people that have tried out, a female performed the best on her tryout. She breezed through the drill with flying colors. 2 months in she ended up quitting. It seems boyfriends/ husbands and training to become the next big thing diva do not mix, but at least she found this out before shelling out thousands of dollars somewhere else.

It is time for the coup de gras of this rambling rant. If someone is performing a wrestling move or hold in pro wrestling, then it should simulate a legit hold or move. If you are a pro wrestler, or if you are portraying one on a weekend in the near future ask yourself these questions: What wrestling hold am I trying to do? What is the legit hold that I am trying to portray? Can I perform the legit hold that I am trying to portray? If there is no legit hold to what I am trying to simulate, then what the hell I am trying to with this hokey looking shit? You are supposed to be working a shoot! Alah, God, Al Sha-Bing Bing or whatever higher power you pray to forbid that you actually have to shoot a hold, but you better know what the hell you are doing to protect yourself. Dancing around with a choreographer pretending to chain wrestle may look “Pretty”, but in reality I have never once used it in any legit fight. It better be snug and on a freestyle/Greco level, not the Jets, the Sharks, or anything else from Westside Story. Just remember what ol' Jack Burton does when the earth quakes, the poison arrows fall from the sky, and the pillars of Heaven shake. Yeah, Jack Burton just looks that big old storm right in the eye and says, “Give me your best shot. I can take it.”