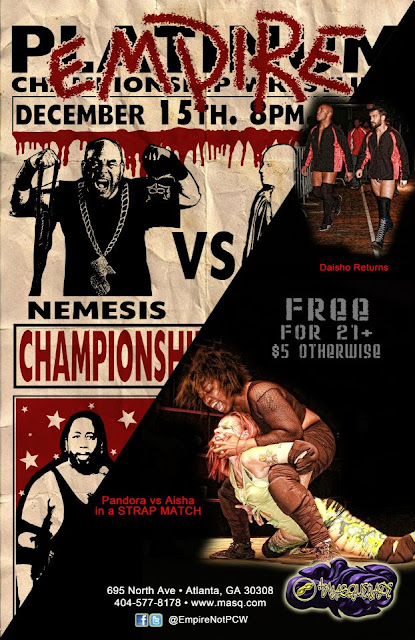 There's a rare "Lights Out" match at the end of the card! The lights going out signifies that the match is not sanctioned by The Empire -- and that a fight's going to happen. The returning Jay Fury and Terry "The Rocker" Lawler will have to take on the entire Empire in this lights out affair, where there are no rules!

Marko Polo and Nina Monet (in her in ring debut) take on Simon Sermon and...Pandora?

Plus: The Empire! Dany Only! "Dynomite Soul" Eric Walker! Michael Cannon! Supernatural! The Vandal! Ken O' Sullivan! And more, much more!
at 10:29 AM