Wrestling Aphrodite by The Wicked Nemesis (May 2014) 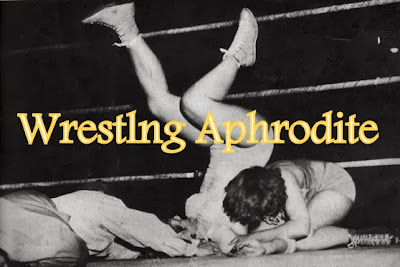 Wrestling Aphrodite by The Wicked Nemesis (May 2014)

Here is the long awaited new installment of Wrestling Aphrodite.For those that are reading this column for the first time, we focus on women's wrestling in the South East and to shine a light on the sport of the Gods, well in our case, Goddesses. A lot has happened over the last few months so let's jump right in.

Universal Independent Wrestling has been dominated by ONE name over the past several years. 'Calm Like a Bomb' Pandora. The first women's champion of UIW and their ONLY women's champion since winning the title in November 2012. (Editor's note: Nina Monet was actually the last woman to hold the title until giving it up do to injury last week) Her dominance hasn't been seen on the indies since Tracy Taylor ruled Global Championship Wrestling with an iron fist several years back. And who, pray-tell ended the Island Girl's dominance? 'Calm Like a Bomb' Pandora. Pandora then teamed with her good friend and quasi student, Nina Monet. Nina and Pandora formed the tag team of Pain and Pleasure; a fitting name for the duo. Nina and Pandora ruled women's tag team wrestling for almost two years. Fighting every incarnation of women's tag team on the circuit. Between Nina and Pandora's dominance as a tag and Pandora's individual accolades it appeared that something dramatic would have to happen to stop this perfect storm of estrogen... Then Nina Monet happened. The protegee of Pandora, turned her back on her teacher and joined The Blacklist, one of the preeminent factions in wrestling today. The Ebony Monoliths, Murder One and AJ Steele, DESTROYED Pandora and some may say went too far, when they powerbombed Pandora through an oak table, then embraced Nina in the middle of the UIW ring and harkened an end to the days of Pleasure and Pain. In a turn that shocked the crowd and stunned women's wrestling fans the region over, it may have also just ignited an inferno into what is the start of a great feud.

While Georgia has been the kingdom, sorry Queendom, of Pandora, 'The Island Girl' Tracy Taylor has established her dominance in Alabama. Tracy Taylor has taken on everyone that has dared venture into Global Championship Wrestling, and they have come in droves. From former NWA women's world champion 'Reigna del Piledriver' Tasha Simone, former OVW women's champion Taeler Hendrix, UIW women's champ 'Calm Like a Bomb' Pandora, and even Nina Monet, each have taken their turns trying to dethrone Tracy. Mrs Taylor has swayed in between a fan favorite and an antagonist like no other, and all the while having a smile on her face. It has been some time since Tracy was really been pushed to her limits and it remains to be seen if ANYONE can rise to the occasion and push Tracy to the edge of the wave of wrestling that she loves 'hanging ten' on so much. With Pandora seemingly a crowd favorite after the attack suffered at the hands of Murder One and AJ Steele were still evident several weeks later at GCW in Pell City, Alabama, where does this place Tracy Taylor in the chess board of war that is the women's division of Global Championship Wrestling? Only time will tell, but as a hard nosed veteran in this business, it'll take a nation of millions to hold back The Island Girl.

Now, onto Nina Monet. It takes balls. I mean big brass balls to step up to a legend and slap them in the mouth in front of everyone that you respect. THEN, to take something that you help build and just take a bulldozer to it, Then run it over with a steam roller. Then put 6 feet of concrete on top of what you built and just let it harden to a rock solid foundation, then set up shop and that very spot. That's what Nina did when she turned on Pandora. Nina and Pandora reminded even the most casual wrestling fan that women's wrestling was alive and well... AND that two women could cause a revolution in women's tag team wrestling. Maybe Nina has decided to be Captain Ahab and has tailored Pandora has her Moby Dick, but she has put a red dot on the forehead of her great white hope and appears to have locked in. Whatever flipped the switch in Nina to bring out the darkness that was boiling up inside of her, it is great for women's wrestling. Grouped with AJ Steele and Murder One, the sky is the limit for Nina Monet; as long as she keeps the intensity going and keeps those 10 inch stilettos on Pandora's windpipe.

Well, there you have it. Hopefully this shed some light on women's wrestling for even a few of you out there. Yes, I know I didn't even mention Mickie Knuckles and all the ass she is kicking, but that will be for another article. By the way, this Saturday May 17th, 2014, Mickie Knuckles will be facing 'Calm Like a Bomb' Pandora in Dallas, Georgia. This will be a fight from the beginning bell to the the finish, I'm sure of that. Thanks for reading.