The 2nd Annual Will Grason Memorial: A Night of Champions this Saturday, 07/23/11, in Douglasville, GA 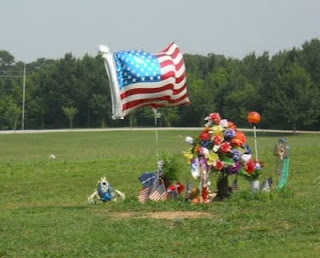 The 2nd Annual Will Grason Memorial: A Night of Champions this Saturday, 07/23/11, in Douglasville, GA


Please join us this Saturday to celebrate the life of a devoted wrestling fan, Will Grason, and take part in the largest cross-promotional event in Georgia wrestling history.

Annette and Melissa Wright will sing The National Anthem a cappella!

Plus the 2nd Annual Will Grason Battle Rumble featuring Team WILLpower vs Team Chaos.  (Stay tuned for more info on the rules of the Battle Rumble on Thursday)

We will have a special after-show Karoake party at  BB's Sports Bar & Grill featuring DJ Dice and all kinds of great food specials.

Check out willgrasonmemorial.com for more info on the show!

All proceeds from the show are being used to place the Beach Club program in Dugan and Nebo Elementary Schools in Paulding County, GA.

There will be a "Meet and Greet" with some of the wrestlers from the show at BB's Sports Bar & Grill this Thursday at 7:00pm.  Join us for your chance to win a pair of tickets to the show.