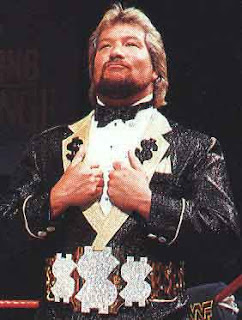 Atlanta, Georgia – February 18, 2010 – Promolast Events, LLC has announced that WWE Hall of Fame inductee, “The Million Dollar Man” Ted Dibiase has joined the Superticket lineup at the Promolast Atlanta Reunion Fanfest, to be held on June 4th and 5th, 2010 at the Renaissance Concourse Hotel in Atlanta, Georgia.

In addition to autograph, photo and video promo opportunities, the Fanfest will feature interactive Meet and Greet sessions with many of the biggest stars of professional wrestling, including a unique Question & Answer session with legendary ring announcer and WWE Hall of Famer Howard Finkel, and fan participation in a YRG “Inspiration and Perspiration” fitness session led by Diamond Dallas Page and Kimberly Page.

A limited number of tickets are still available at http://www.promolastevents.com – fans are encouraged to book their hotel stay today to secure the exclusive Promolast room rate of $69.

About Promolast Events: Promolast Events, LLC is a fan interaction company that was founded to create unique opportunities for fans to get up close and personal with celebrities from the sports and entertainment industries.

For media inquiries and additional information regarding mail order and vendor space, please contact J Drew Feldman at jdfeldman@promolastevents.com.
at 10:42 AM