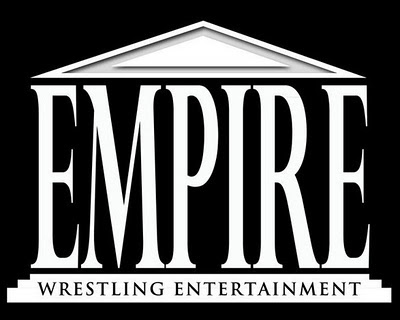 What a great night of action at Empire Wrestling Entertainment!! Here is what you missed if you couldn't make the show.

Empire Heavyweight Champion Dru Delite defeated Corey Dye. After the match, Dru announced that he had joined the Devils Rejects. He said The Rejoects are the most powerful group at Empire. He also announced that The Reverened will return to Empire next week. Dru then hit Dlights Out on Corey Dye for a second time, leaving Dye laying.

The T.H.R.E.E. (Johnny Viper, Jason & Brandon Collins)made their way to the ring next to take on the team of Ganz and Kyle Matthews. This match spilled to the floor and just when the ref was about to count out Kyle Matthews and Jason Collins, Jason slid back into the ring. When Kyle tried too, Viper held his leg. The T.H.R.E.E. wins via DQ.

The Empire Tag Team Titles were on the line in the main event tonight as the tag team champions Ben Thrasher and Jessco Blue defended their titles against Xtreme Generation (Jason Hampton & Jerry Anderson). The match started, and ended within 20 seconds. The referee tried to break up the fight between the two teams who hate each other. That didn't work so the ref ended the match in a double Disquailification. However, the referee had a change of heart and restarted the match, only this time the match was a No Disquailification match. Ben Thrasher and Jessco Blue defeated Xtreme Generation to retain the Empire tag team Championships.
at 10:36 AM